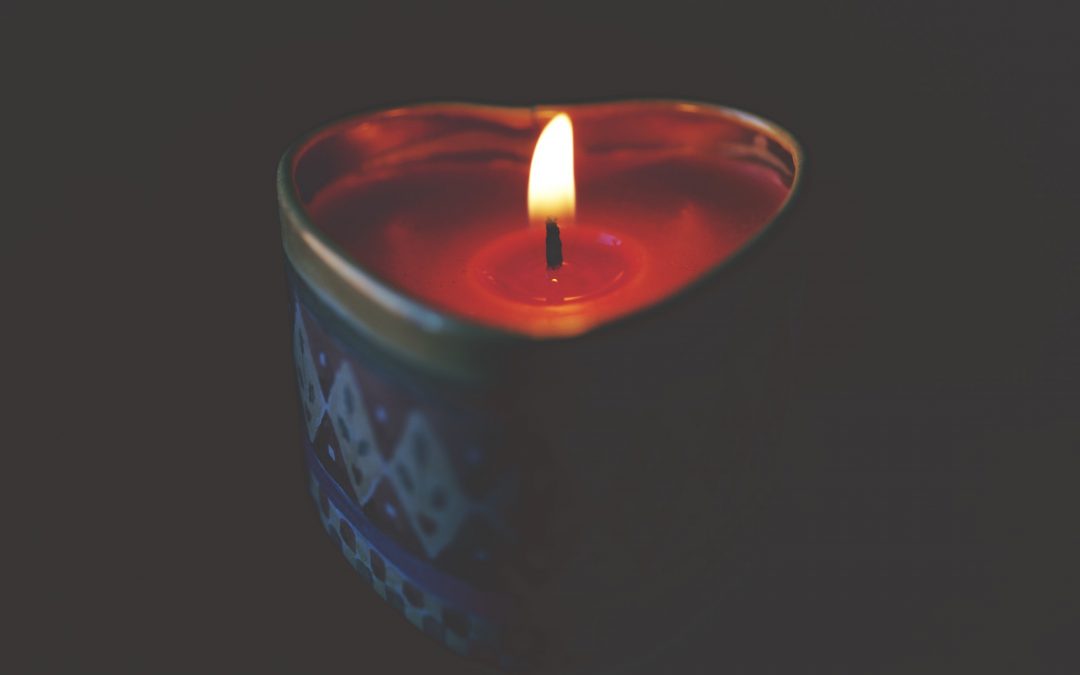 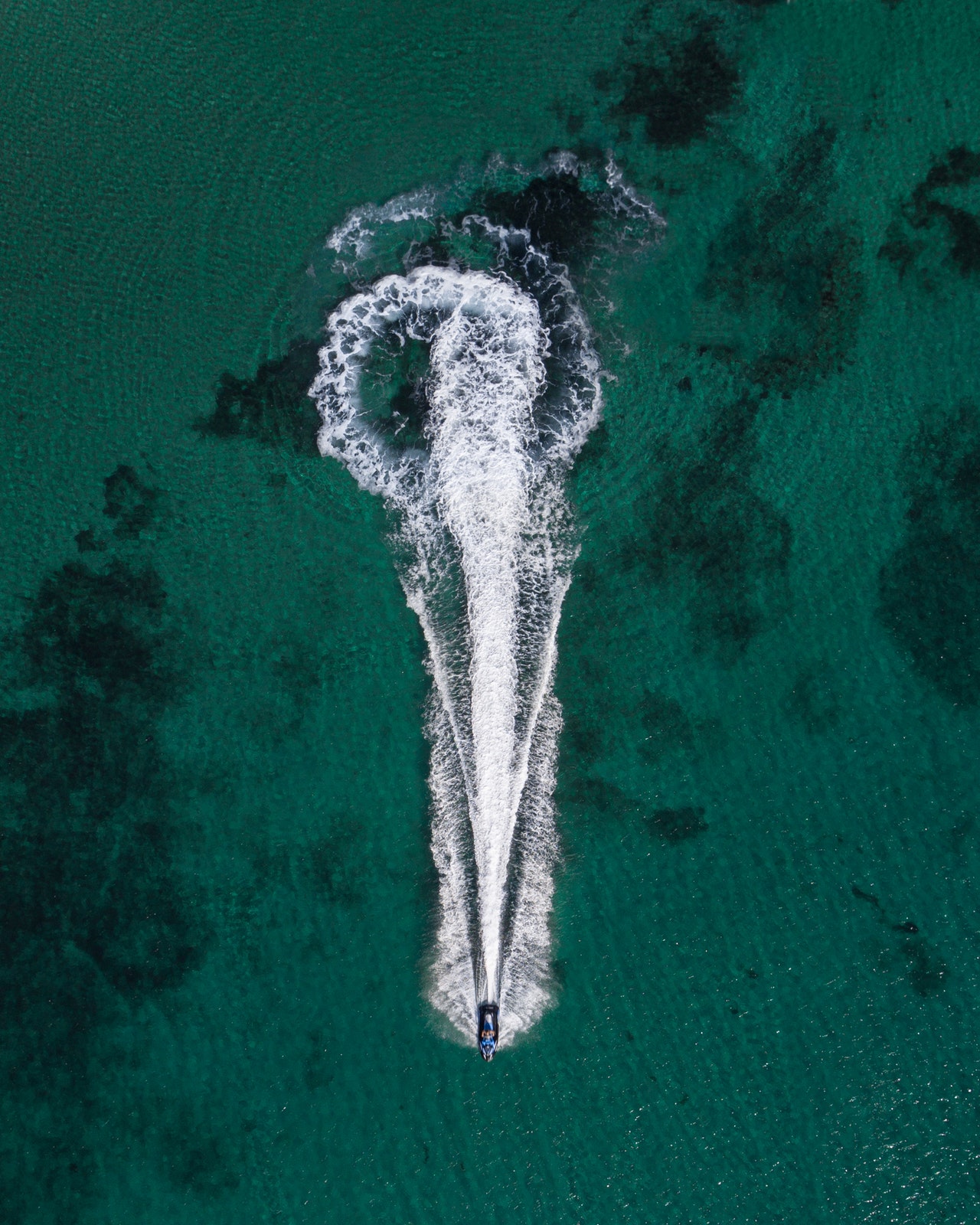 The Israelites were asked to do one thing.

In Exodus 24:12, God calls Moses to him, saying: “Come up to me on the mountain and stay here, and I will give you the tablets of stone with the law and commandments I have written for their instruction.” Moses and his aid Joshua prepared to leave and he wanted to leave someone in charge in his absence. So, Moses left Aaron in charge of the people saying to the elders, “Wait here for us until we come back to you. Aaron and Hur are with you, and anyone involved in a dispute can go to them.”

From the chapters of Exodus 24-32, Moses and Joshua are on Mount Sinai with God receiving the law and commandments. However, in Exodus 32, the Israelites got tired of waiting for Moses to return so they decided to take matters into their own hands.

Exodus 32:1, reads:   When the people saw that Moses was so long in coming down from the mountain, they gathered around Aaron and said, “Come, make us gods who will go before us. As for this fellow Moses who brought us up out of Egypt, we don’t know what has happened to him.”

They decided that Moses was taking too long and they wanted a new God.

First, I admit Moses has been gone for quite a while. As I am accustomed to reading the new testament, in particular, the life of Jesus Christ,  I thought to myself, wow Moses has been gone for a while. He’s away from the Israelites for all of chapters 25-31. And, as I was reading the laws and commands from God, I thought to myself, these sure are a lot of instructions. However, the people were only asked to do one thing: wait.

At first I judged the Israelites but then I tried to look at the situation from their perspective. The Israelites were facing tremendous uncertainty. They were removed from their place of bondage yet they weren’t yet free. Waiting is hard when you don’t know if you are a slave or free. I can relate to the Israelites and their impatience with seeking to establish their status.

When I first accepted Jesus Christ as my savior, I thought that my life would look different immediately. I’ve had plenty of discussions with God about my life not looking the way I expected that it would. On the very surface, Exodus 32 is about impatience as it shows that the people of Israel had a problem with waiting for “this fellow” (see how they demeaned Moses) in the absence of knowledge. Just as with Eve, who perceived that she was lacking some knowledge that the apple could conceivably provide, the Israelites got restless in the desert in the absence of knowledge. They needed to know who they were and what their new status would be after slavery. 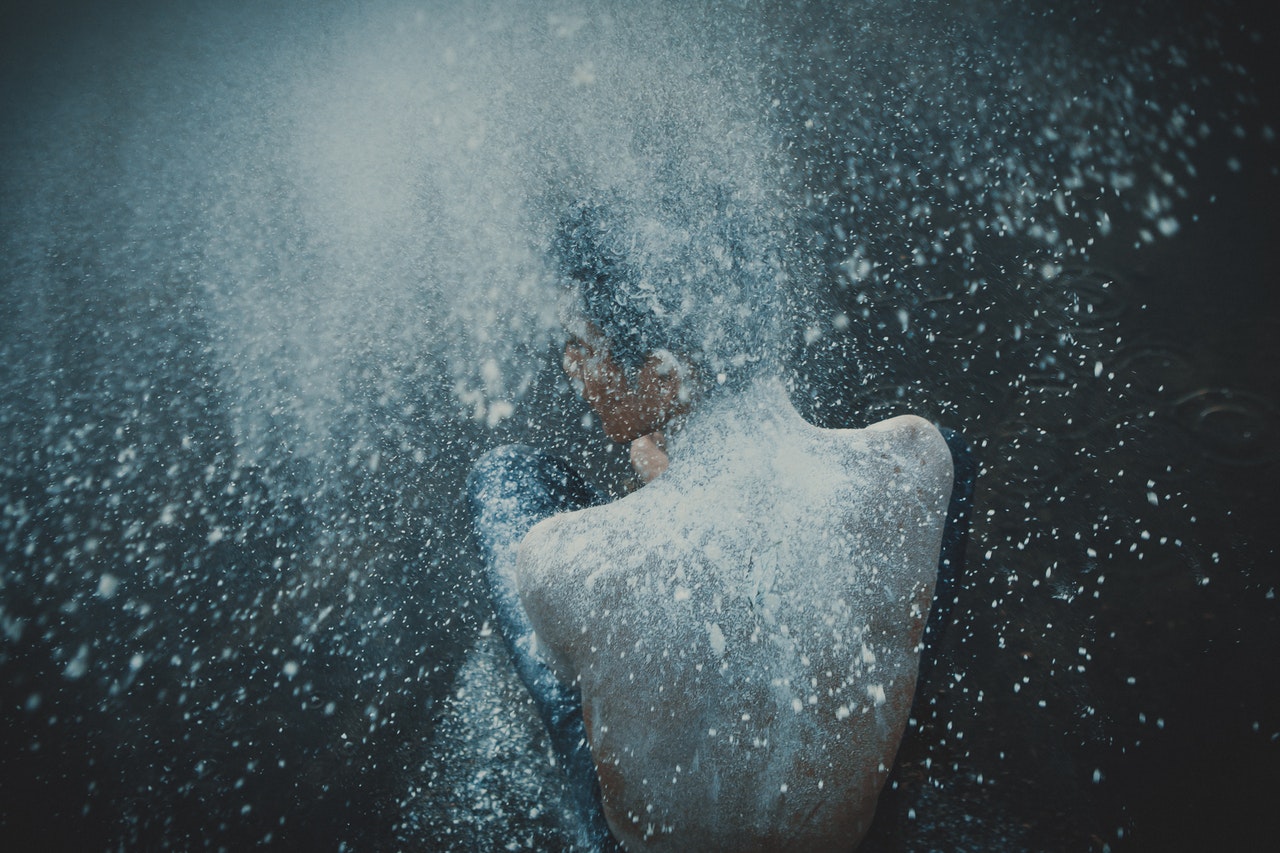 Eve’s situation, however, was different, she had it all and still doubted. These Israelites only knew a life of slavery and what was probably a mythical history of greatness (Joseph) that they had never seen. Freedom was foreign. Therefore, while on the surface this passage is about the Israelites’ impatience, if we look a little deeper, this passage is about the kind of vulnerability that a people can experience when they have to believe that they can receive something that they have never seen before. What does it mean to be free?

These were a helpless people in need of a leader. They turned to Aaron with their demands for a god to serve, one who would do something right now. A god who could address their fears and make them feel better. To make matters worse: not only was freedom foreign but God was foreign. How terribly sad that is. God came to them through Moses and, with Moses gone, perhaps they thought God was gone too. I think the Israelites became afraid with Moses and, potentially, God, both gone. My heart goes out to the Israelites. So then, what is Exodus 32 about? 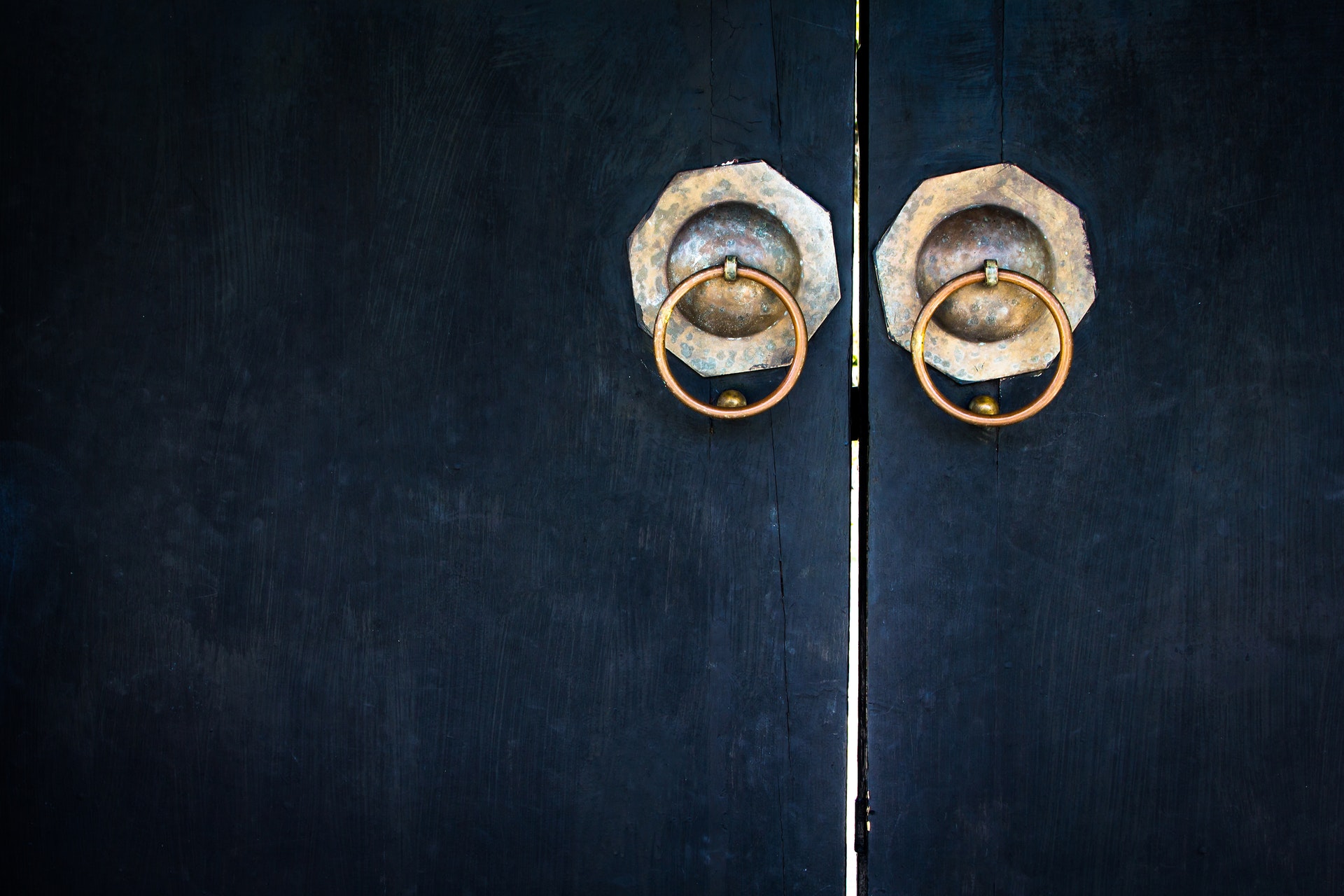 Aaron lead the people to destruction.

Again, Exodus 32:1, reads:   When the people saw that Moses was so long in coming down from the mountain, they gathered around Aaron and said, “Come, make us gods who will go before us. As for this fellow Moses who brought us up out of Egypt, we don’t know what has happened to him.”

While the Israelites may not have known God as Moses did, who else knew God as Moses did better than Aaron? Aaron, the same who walked with Moses side by side and was his speaker from the very beginning, was the perfect candidate to lead the people in Moses’ absence. Or so we would think. This passage is about the charge upon priests to lead God’s people.

Yet, in response to their request:

2 Aaron answered them, “Take off the gold earrings that your wives, your sons and your daughters are wearing, and bring them to me.” 3 So all the people took off their earrings and brought them to Aaron. 4 He took what they handed him and made it into an idol cast in the shape of a calf, fashioning it with a tool. Then they said, “These are your gods,[b] Israel, who brought you up out of Egypt.” 5 When Aaron saw this, he built an altar in front of the calf and announced, “Tomorrow there will be a festival to the Lord.” 6 So the next day the people rose early and sacrificed burnt offerings and presented fellowship offerings. Afterward they sat down to eat and drink and got up to indulge in revelry.

Aaron was trusted with God’s people. Instead of rebuking the people in love and leading them to do as God and Moses had instructed he did what the people asked him to do and he even created rituals and a festival around these man-made traditions. Because Aaron turned to man-made traditions, God no longer called the Israelites his people.

7 Then the Lord said to Moses, “Go down, because your people, whom you brought up out of Egypt, have become corrupt. 8 They have been quick to turn away from what I commanded them and have made themselves an idol cast in the shape of a calf. They have bowed down to it and sacrificed to it and have said, ‘These are your gods, Israel, who brought you up out of Egypt.’ 9 “I have seen these people,” the Lord said to Moses, “and they are a stiffnecked people. 10 Now leave me alone so that my anger may burn against them and that I may destroy them. Then I will make you into a great nation.”

What a tragedy — a priest who has forgotten that it is his work to teach the truth of the kingdom of God not his own man-made foolishness, causes God to decide to destroy all of them. What happens when people who are supposed to be leading others fail to tell them the truth because they are afraid? What happens when the leaders tell people what they want to hear because they know the people are hard hearted? To make matters worse, Aaron blamed the people for his own failings, just as Adam blamed Eve: 22 “Do not be angry, my lord,” Aaron answered. “You know how prone these people are to evil. 23 They said to me, ‘Make us gods who will go before us. As for this fellow Moses who brought us up out of Egypt, we don’t know what has happened to him.’ 24 So I told them, ‘Whoever has any gold jewelry, take it off.’ Then they gave me the gold, and I threw it into the fire, and out came this calf!” Aaron had the power to turn the people of Israel to the path of God. Instead he walked with them as they marched to their own death. Aaron caused the Israelites to stumble into destruction instead of standing boldly in the word of God. 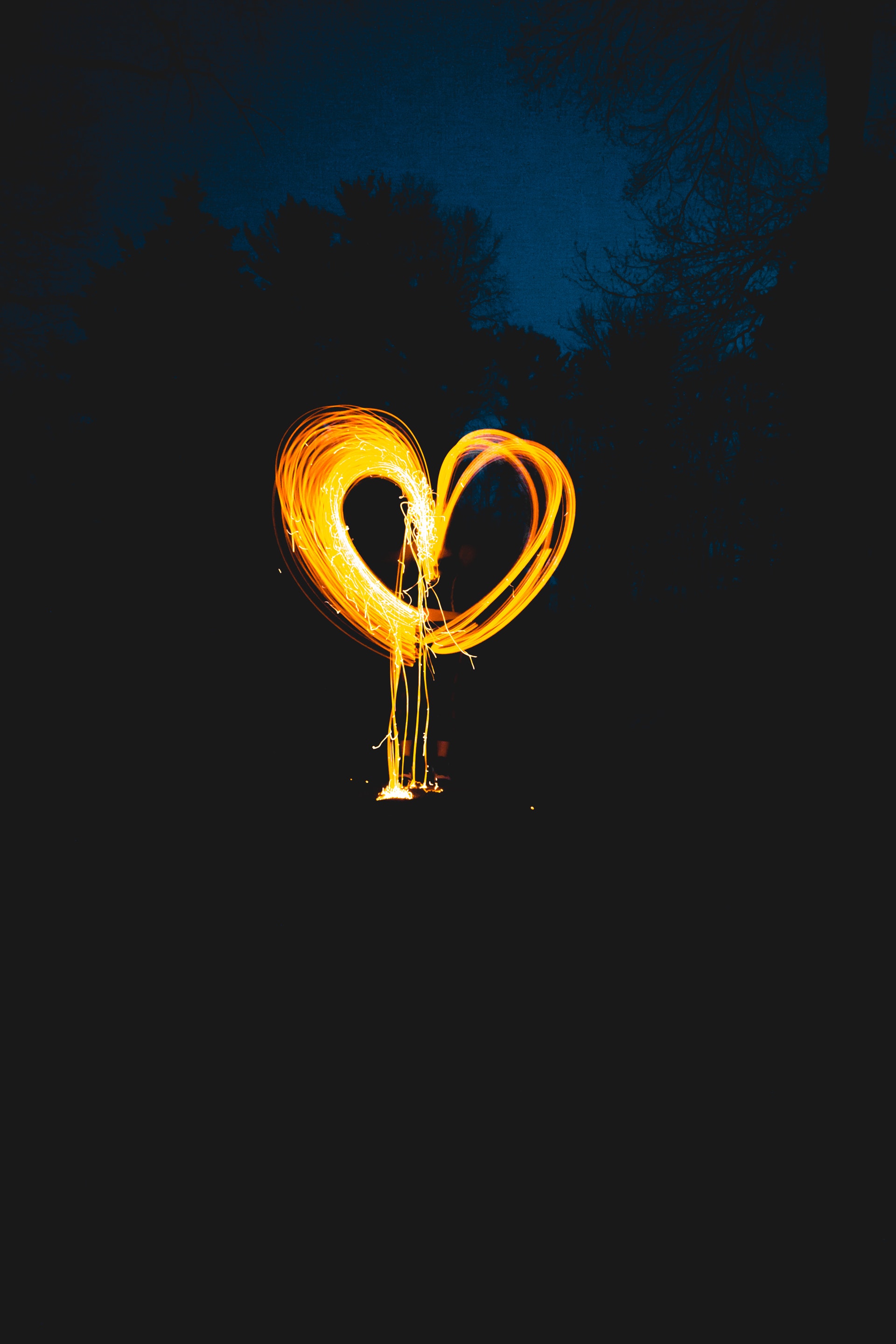 As a Christian, I see this often. I see a lot of Aaron’s preaching things that Jesus Christ never taught, justifying themselves by themselves, their own personal biases, and other people, rather than by him who judges justly. Overwhelmed by the power that comes from being seen as the representative of God on earth yet not remembering the humility one should have in this position. I know many Christians around the country who have been hurt by prideful leaders now being destroyed as the word promises.

Jesus replied, “And you experts in the law, woe to you, because you load people down with burdens they can hardly carry, and you yourselves will not lift one finger to help them. And again, in Luke 17:

1 Jesus said to his disciples: “Things that cause people to stumble are bound to come, but woe to anyone through whom they come. 2 It would be better for them to be thrown into the sea with a millstone tied around their neck than to cause one of these little ones to stumble. 3 So watch yourselves.

Let’s be mindful of what we say, do and teach in these times of great uncertainty and let’s be grateful that there is an advocate sitting at the right hand on our behalf if we receive him, just as Moses advocated for the people with God:

11 But Moses sought the favor of the Lord his God. “Lord,” he said, “why should your anger burn against your people, whom you brought out of Egypt with great power and a mighty hand? …13 Remember your servants Abraham, Isaac and Israel, to whom you swore by your own self: ‘I will make your descendants as numerous as the stars in the sky and I will give your descendants all this land I promised them, and it will be their inheritance forever.’” 14 Then the Lord relented and did not bring on his people the disaster he had threatened.

In my quest to know God’s love, I see that God’s love corrects and teaches us so that we will have life.