Grace: Build According to God’s Plan 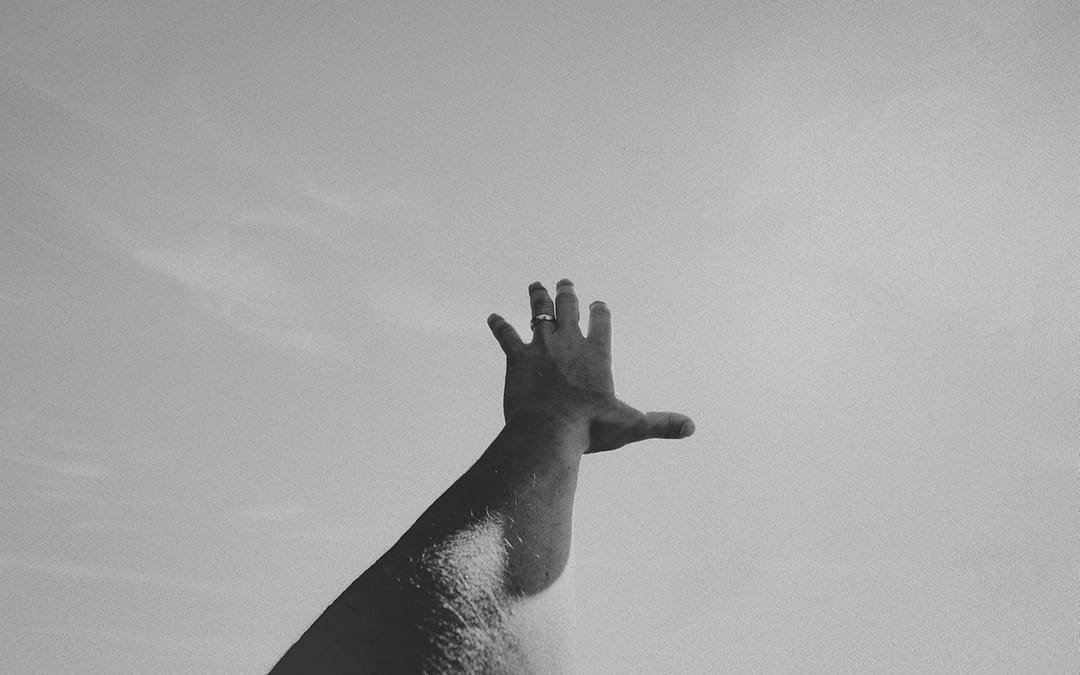 As an entrepreneur, I am constantly trying to discern God’s will. I consider my business to be a vessel for the ministry of reconciliation that is offered through Jesus Christ. So, I find myself preoccupied with what he wants me to do for his kingdom while I am on earth, especially where it concerns the vision, mission, goals and objectives that I create for my business.

Over the span of the last five months, I have been studying Genesis 6 and the story of Noah. In 22 verses, Moses explains: 1) why God decided to destroy humanity and the entire earth with flood waters; 2) what led him to chose Noah as the only survivor of the flood; and, 3) what Noah did in response to God’s instructions. The chapter tells a terrifying story: in the midst of the destruction of the earth we are given an intimate portrayal of God’s relationship with the only man who survived: Noah.

Neither of these two extremes –  destruction and perfection – is particularly exciting. However, Genesis 6 has taught me a great deal about the requirements of discipleship and entrepreneurship: initiative, obedience, fearlessness, and perseverance. Noah is particularly interesting because, in a sense, Noah is the Bible’s first entrepreneur. Exercising his God-likeness, he created something from a divine revelation that came by way of a word from God. Noah exemplifies the kind of work that God desires from us when we are in a relationship with him. And, Noah is the perfect teacher because, if Noah had not built the ark, he would have been destroyed and there would not be human life on earth.

As I consider the devastation and destruction of natural events and how powerless we are as a human race to prevent and resist the impact of hurricanes, earthquakes, fires, and the myriad ways in which the earth tells us that God is supreme, I am reminded that there is, in the midst of destruction, a God who still has a plan. 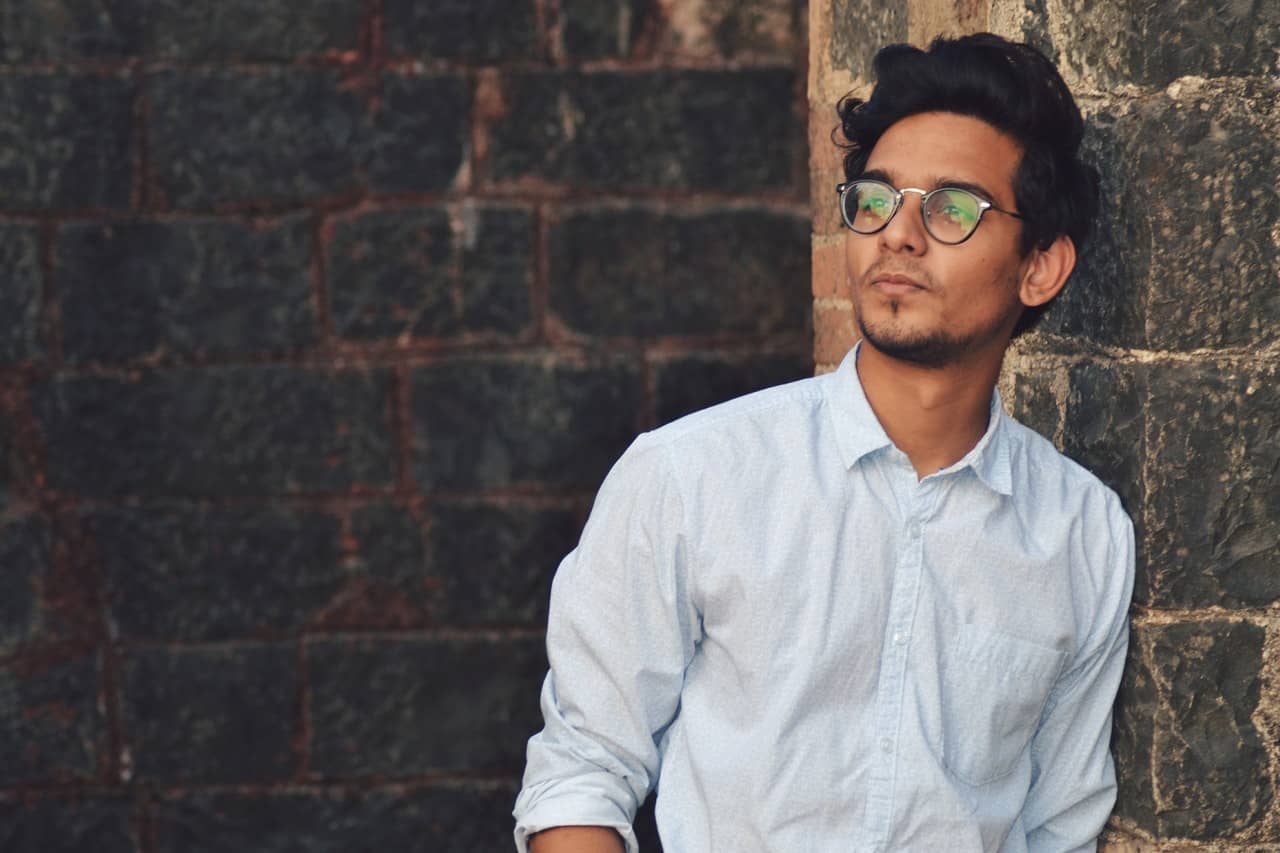 What if I told you that grace is something that you earn by your conduct? In Genesis 6:8, the word grace appears for the first time in the entire Bible. It reads:

“But Noah found grace in the eyes of the LORD.”

When grace is discussed in the context of Christianity, it is often described as something that is unearned and freely given. Consider this quote from a devotion written by Billy Graham:

“‘Grace,’ according to the dictionary, is the unmerited favor of God toward mankind… Grace is not bought. It is a free gift of almighty God to needy mankind.”

In Genesis 6:8, however, this grace – the grace that Noah received from God – was not unmerited. Nor was it a free gift. This is true, of course, because, if it were unearned, wouldn’t all of the people on earth have received it and not just Noah? Had there been no need for effort, Noah could have joined the rest of the world in its wickedness. Genesis 6:9 offers three of Noah’s characteristics.  It reads:

9 This is the account of Noah and his family. Noah was a righteous man, blameless among the people of his time, and he walked faithfully with God.

Noah was a man whose character and conduct led God to make an exception to his plan of destruction.  This verse expresses the kind of person that Noah was and the qualities that distinguished him from others. He was righteous, blameless and walked faithfully with God. Noah was selected for salvation from the flood because of his righteousness. He was eligible for God’s grace because of his conduct and right living. God’s grace – the original intention and perfect image of the kind of grace that God wants to give us –  is a grace that comes by our conduct. Therefore, we must conclude that tsaddiyq (righteous), tâmîym (blameless), and halak (walking faithfully) are prerequisites for God’s grace. Thus, Noah proves that we do not have an accurate understanding of grace. Grace, the grace that Noah received, the grace that saved humanity from total destruction, was a grace that God gave to him as a reward for his way of life.

If we accept that Noah defines grace and that grace is earned, then we must also embrace a truth: grace involves work. The work that is required to achieve grace is to lead a life that is pleasing to God. If you are uncomfortable reading this then please know that I am equally uncomfortable writing it – hence, the five month delay writing this post. Nevertheless, allow me to offer you the analysis of grace that follows and confirms this oddly liberating truth.

I do not believe that our understanding of grace is the result of the willful ignorance of religious teachers. Rather, the misunderstanding, is the result of two important things: the complexity of the Hebrew language as compared with the simplicity of the English language and the desire for a grace and a God that we could have a relationship with in spite of our shortcomings. First, language is important. While English is one of, if not the, most widely spoken languages in the world, it lacks the variety, nuance and expressive capacity that is inherent in Hebrew.

The word “grace” that is found in Genesis 6:8, is the English translation of the Hebrew word “chên”. חֵן Chên (pronounced: “khane”) means “graciousness, favour…to find favour in the eyes of someone; to be acceptable to him.”

Before I explain further, recall that Genesis 6:8 reads: “But Noah found grace in the eyes of the LORD.”   The structure of this sentence is important. It does not say that God gave Noah grace, it says that Noah found grace. Here, Noah is the subject taking action to receive grace. That action is encapsulated in the word “found” which is the translation of the Hebrew word: mâtsâ. As a transitive verb – which is the form in which it is used here – מָצָא mâtsâʼ (pronounced: maw-tsaw’) means: “to attain, i.e. find or acquire, get (hold upon).” Furthermore, attain is defined as “succeed in achieving (something that one desires and has worked for).” To attain requires both desire and work. Thus, Genesis 6:8 could read:

Thus, Noah desired grace from God and he worked for it. In other words, Noah earned grace.  With this understanding in mind, we can better appreciate Noah. Noah was the first human in biblical history who received chên – an earned grace. He’s intimidating. Earning something from God is an uncomfortable thought.

Chên is derived from the Hebrew word חָנַן chânan meaning “properly, to bend or stoop in kindness to an inferior; to favor, bestow.” Chânan can also mean mercy. Chanan is the kind of grace that Graham was referring to – the unearned grace. Still, this grace is not “freely given.”

By way of example, consider two stories: one about King David and the other about Joseph.

David and Goliath is a familiar story. David was victorious against a giant, Goliath, and he later became the King in the place of Saul. David, however, fell from grace when he spotted another woman’s wife and sent for her so that he could have sex with her. She became pregnant. To hide what he did, David first tried to get Uriah to sleep with his wife so that he would believe that the child was his. Uriah – a man of honor and integrity – insisted upon refusing the luxury of home until his work at battle was complete. David had Uriah killed and took his wife into his home as his own wife.

Needless to say, David needed grace and the unmerited kind would be the only kind that he could possibly receive. After David had Uriah killed, God sent Nathan, the eminent prophet in the time of David and Solomon, to speak against David’s actions. In 2 Samuel 12:9, Nathan rebukes David and prophecies violence over his household, saying:

David sought forgiveness from God. First,he confessed his sins. God forgave David. Nathan, however, pronounced a prophecy of death over the child. Though God forgave David, there were still consequences for his actions. Nathan prophesied:

But because by doing this you have shown utter contempt for the LORD, the son born to you will die.” After Nathan had gone home, the LORD struck the child that Uriah’s wife had borne to David, and he became ill.

David began to fast and pray and to seek God so that the boy would live. It was to no avail. The son died.

This story reveals a second type of grace. The word chânan is used in 2 Samuel 12:22 which reads:

While the child was yet alive, I fasted and wept: for I said, Who can tell whether GOD will be gracious to me, that the child may live?

David sought chânan from God. He was looking for grace – the kind of grace that he clearly did not deserve. David used this word for grace which helps us to understand that there is a grace that we can ask God to give when we deserve death. This grace is totally, absolutely unearned grace. In this case, God refused.

By contrast, consider Joseph. In Genesis 39, after Joseph was sold into slavery by his brothers, he was taken to Egypt by his captors and sold to labor in a man’s home. The chapter shows how Joseph received chên as a slave in Egypt. Genesis 39:4 reads:

Joseph continued to receive chên throughout his time in Egypt. As a result, he went from slave to ruler of the entire nation. By comparing the conduct of Joseph and David, we can see two distinct types of grace. The grace that Noah received is a grace that was earned. But the main point is that chânan – the unmerited grace that King David sought from God – is discretionary. Chânan is a gamble with grace. This is an important thing to realize.

Chên however, is a grace that God won’t deny to those who live right. As I read more about grace, this realization helps me. It is not that God doesn’t answer prayer, it is not that God is not gracious, it is that – when we diminish grace and make it something other than the very thing that saved Noah from destruction – we miss the power of God to transform our lives.