Signs to Remember (Part I)

.In Genesis 9, there is a word – one word – that has been on my mind since the beginning of 2019. This word that has been troubling me is a word that is both nostalgic and fearsome, it invokes hope and worry, and it has the power to change an entire life yet also the power to destroy it. That word is remember. In Genesis 9, God spoke to Noah after the flood.  Noah and his family had come out of the ark in Genesis 8. Once on land, Noah built an altar to the Lord and sacrificed burnt offerings. God was pleased with the sacrifice and promised Noah that he would never destroy all life on earth again by flooding it. Then, God sealed his covenant with Noah by designating a sign of his promise, saying:

14 Whenever I bring clouds over the earth and the rainbow appears in the clouds, 15 I will remember my covenant between me and you and all living creatures of every kind. Never again will the waters become a flood to destroy all life.

God continues, by making a promise to remember:

16 Whenever the rainbow appears in the clouds, I will see it and remember the everlasting covenant between God and all living creatures of every kind on the earth.

That God made this promise to Noah at this particular moment in Noah’s life is important because Noah had just experienced the traumatic and devastating loss of the entire world as he knew it. Noah needed reassurance, comfort, and a display of love. Just think, if God were to destroy everything around you besides you and your immediate family, you might begin to question who he is and what he has in store for you. In Noah’s post-flood world, there were only six people on earth: Noah, Naamah, their three sons, and their sons’ wives. The situation was very delicate. According to one source, “there would have been 774,000,000 people alive at the time of the flood.” To be one of six to survive is no small feat. I’m sure they wondered what God – the God who just wiped out the earth – was going to do next. By making a promise, God sent a message to the only six people on earth which is a message for all of us today who have survived destruction all around. And, that message was: I didn’t do this to terrify you but to transform you to live a new life. Like Noah, Naamah and the six others, God wants us to know that we can trust Him enough to build a new life in a new place, after the destruction.

While the message of this promise that we can thrive after destruction resonates with me deeply, God delivers the message in a very specific way that is less understood. First, in Genesis 9, God established a sign of his covenant: the rainbow. The rainbow is the sign of God’s covenant that he will not destroy all life on earth again with flood waters. But, notice the connection between the sign and the covenant. Again, in verse 16, he says,

Whenever the rainbow appears in the clouds, I will see it and remember…

God says that when he sees the rainbow, he will remember. This is very tricky for me. Mainly because rainbows aren’t man made, they are God-made. Usually, when someone makes us a promise, we want to have a way to remind them of it. However, God is saying that he will remind himself with a sign that only he can produce. As the maker of heaven and earth, sky, clouds, rain, and rainbows, God’s reminder involves only him. Therefore, reminding him of the promise is not a process that we can initiate. Why is this? Certainly there are ways to communicate with God. After all, Noah presented God with a burnt offering after the flood that God was pleased with. Why didn’t God say, Make an offering to me on the third of each month and then I will remember my covenant? God, by taking the responsibility for both the covenant and for the sign that will remind him of it, made a covenant that begins and ends with himself. He is the alpha and the omega of this promise: he created the flood, promised never to do it again, and the sign that serves as a reminder is the rainbow that only he can produce. So, we have no role in asking God to remember his agreement with us. God, in his power, tells Noah: I am the flood, I am the covenant, and I will produce the reminder of my own promise. Ultimately, the rainbow is more than a sign of the covenant between God and Noah. It is a reminder that God is God. That he is all powerful and that all life and creation is in his hands. 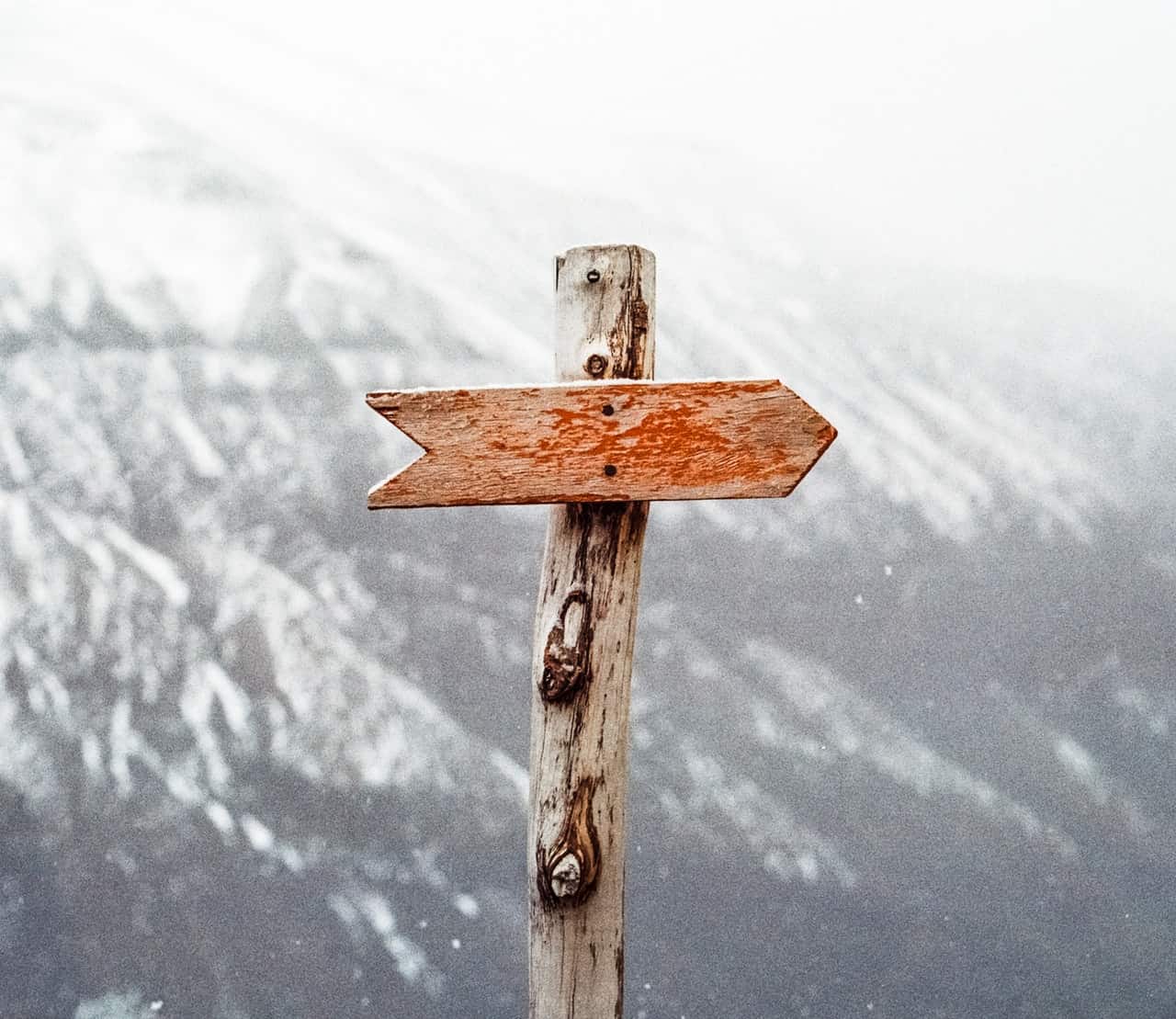 The first time that the word “remember” appears in the Bible it is used to describe God’s actions in Genesis 8:1. In that verse, Noah, Naamah, their three sons, their sons’ wives, and all the animals, had been in the ark for roughly five months when God, finally, remembered them. God demonstrated his ability, willingness, and desire to produce a new life for Noah, Naamah, their sons and daughters-in-law. Genesis 8:1 reads:

But God remembered Noah and all the wild animals and the livestock that were with him in the ark, and he sent a wind over the earth, and the waters receded.

In this verse, remembering refers to God’s actions after the flood. God destroyed the world and all living creatures. He, then, prepared the world for Noah’s return by sending a wind to blow away the flood waters. When it was time to send the wind, God remembered Noah.

It is difficult for me to associate the action of remembering with God. God is all-knowing, and all-powerful.  As the psalmist writes in Psalm 139:

2 You know when I sit and when I rise;

you perceive my thoughts from afar.

3 You discern my going out and my lying down;

you are familiar with all my ways.

4 Before a word is on my tongue

you, Lord, know it completely.

5 You hem me in behind and before,

and you lay your hand upon me.

6 Such knowledge is too wonderful for me,

too lofty for me to attain.

7 Where can I go from your Spirit?

Where can I flee from your presence?

So, why would God need to remember if he is all knowing, perceiving, discerning, and ever-present? Taking a step back from my own anxious thoughts, I identified the problem with this whole misunderstanding between myself and God. I realized that the misunderstanding is rooted in my understanding of what it means to remember.

Remember is the translation of the Hebrew word “zakar” זָכַר . Zakar means: “to remember, recall, call to mind” (Strong’s h2142). Similarly, Oxford Dictionary defines remember as, “Have in or be able to bring to one’s mind an awareness of (someone or something from the past)” (Oxford Dictionaries remember).  More significantly, at least where it concerns understanding God’s actions in Genesis 8, remember also means, “Do something that one has undertaken to do or that is necessary or advisable” (Oxford Dictionaries remember). The key to understanding what it means when God remembers is made clear by looking closely at this last definition. As an example, consider the sentence: ‘Book had won the pot, which it turns out almost no one had remembered to put any money into.’ In this example, there is a game of some sort in which the prize is a pot of money. The idea of playing this game is to win a sum of money in the pot. But the organizers of the game failed to do their part by putting the money to be won in the pot. In the same way, God made Noah a promise of a future life beyond the destruction of the flood. In making the promise, God had committed himself to providing Noah with a way out of the destruction. Noah “played the game”, so to speak, on the expectation that God, unlike the organizers of the game in the aforementioned example, could be counted on to have the “money in the pot.”

For God, remembering isn’t just about past information or details, it is about actions that are connected to one another. In this context, remembering means to fulfill his duties in delivering on a promise of life and safety after the flood. While in Genesis 8, God remembered Noah. In Genesis 9, God told Noah that he would remember him in the future. In essence, God showed Noah his power when he remembered him after the flood. And, once Noah understood that power, God then said, I will do it again. Given how remember is used in Genesis 8, the promise of Genesis 9, takes on a clearer meaning.