Kingdom First: My Identity is in God’s Supremacy 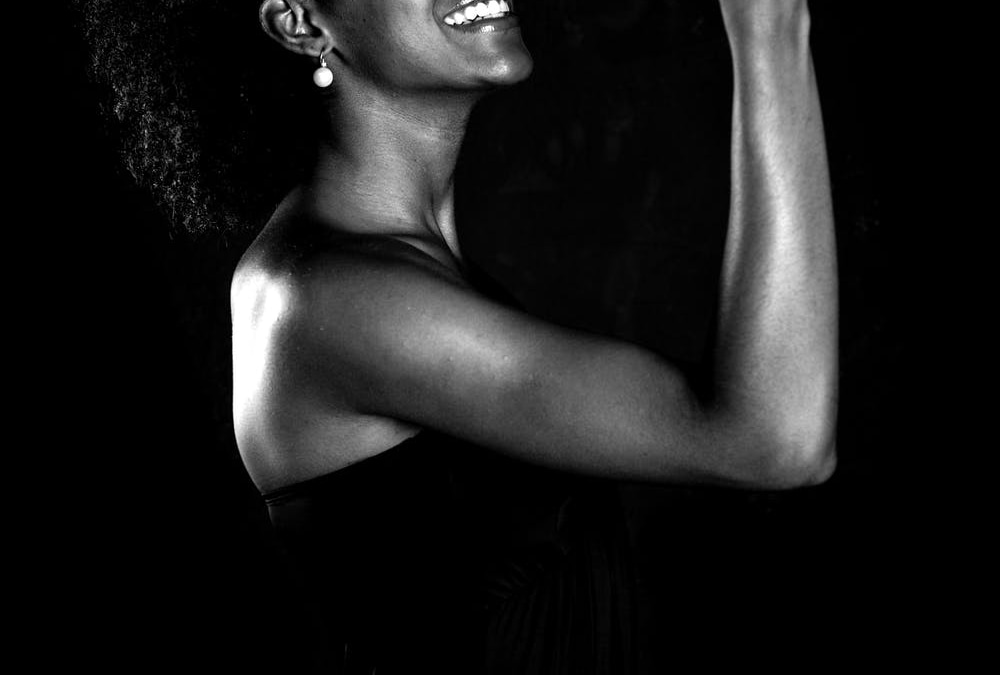 In Genesis 4, we are no longer in paradise. Adam and Eve are living in what is apparently Adam’s hometown. Genesis 3:23 reads:

So the Lord God banished him from the Garden of Eden to work the ground from which he had been taken.

Now, in the land of the ground from which Adam was formed, Adam and Eve had three children: Cain, Abel, and – after Cain murdered Abel – Seth. The first 7 verses of Genesis 4 recount the birth of Cain and, his younger brother, Abel and tell of the offerings that Cain and Abel made to God. I am drawn to Genesis 4:3-7, it reads:

3 In the course of time Cain brought some of the fruits of the soil as an offering to the Lord. 4 And Abel also brought an offering—fat portions from some of the firstborn of his flock. The Lord looked with favor on Abel and his offering, 5 but on Cain and his offering he did not look with favor. So Cain was very angry, and his face was downcast. 6 Then the Lord said to Cain, “Why are you angry? Why is your face downcast? 7 If you do what is right, will you not be accepted? But if you do not do what is right, sin is crouching at your door; it desires to have you, but you must rule over it.”

In yesterday’s post, I discussed how Adam and Eve ate the fruit of the tree of the knowledge of good and evil. In a way, Adam and Eve were not willing to sacrifice for God. Sacrifice is defined as “an act of giving up something valued for the sake of something else regarded as more important or worthy.” Christianity is a religion about a sacrifice: Jesus Christ, the son of God. Jesus died on a cross to be the final, perfect sacrifice. By believing in him we can be reconciled to God. Sacrifice is an inherent part of any relationship. It is especially a part of our relationship with God.

Adam was not willing to sacrifice Eve by telling his testimony. Eve was not willing to sacrifice the apple for the sake of God’s command. Adam needed his woman and Eve needed to find more wisdom, the kind of wisdom that would make her like God. Here, in the fourth chapter of the first book of the bible, Cain and Abel, the sons of Adam and Eve make different sacrifices. God did not directly ask for this sacrifice in the scripture so it is not clear why they made these offerings. Nevertheless they did but only one of those offerings was considered favorable to God. Cain brought his sacrifice “in the course of time”.

3 In the course of time Cain brought some of the fruits of the soil as an offering to the Lord.

Of significance is the phrase “In the course of time”. This phrase is translated from the Hebrew word “qêts” (pronounced: “kates”) which means “an extremity; after, (utmost) border, end, (in-) finite, process.” Moses, the author of the books from Genesis to Deuteronomy, used this word in all of his writings to denote something that happened at the end. Therefore, this was the point at which Cain brought his offering to God: after or in the “end”. Cain brought some fruits to God after he had taken his own part and done as he so desired. Perhaps he sold some, ate some, or saved some. Whatever he decided to do with the fruit of the ground, this verse tells us that Cain took what was left over at the end and he gave some to God.

Cain’s sacrifice brings to mind the sight of leftover food. I grew up in a large family and every holiday we gather together for a large meal. It is always a wonderful occasion. We meet at my grandmother’s house and we eat and enjoy time spent together. Everyone takes home the dish that they prepared and some of the other dishes that they liked. The following day, there is still some excitement about the food that was eaten with family the previous night. So, we warm up the food and enjoy it, as it still remains relatively fresh. But then, after a few days, the joyous meal has turned into uneaten leftovers. We open the refrigerator and there, in a corner, the tupperware we used to hold the food is taking up space. We don’t want it anymore; we want something new. After we have enjoyed and filled ourselves, we are looking to get rid of the food that remains. Perhaps we try to heat them up one last time but we might just give them to the dog.

Cain, however, had a different idea. Indeed, it was from this food, the food that was taking up space, the uneaten leftovers, from which Cain decided to make an offering to God. Unfortunately, much to his dismay, he learned God is not a God who looks on leftovers with favor. Verse 5 reads:

“on Cain and his offering he did not look with favor. So Cain was very angry, and his face was downcast.”

Abel brought God an offering of the first and the best.

In contrast to his brother, Genesis 3 tells us that Abel brought an offering that God looked on with favor. Genesis 4:4 reads:

And Abel, he also brought of the firstlings of his flock and of the fat thereof. And the LORD had respect unto Abel and to his offering:

Not only did Abel give God a true sacrifice he gave him a sacrifice of the best part. The word for “fat” is the Hebrew word  חֶלֶב cheleb (kheh’-leb) or חֵלֶב which means “the richest or choice part.” The Bible speaks often about sacrificing to God first. Here, Abel demonstrates that God favors those who put him first.  Jesus gave us a promise of provision if we learned to seek God first. In Matthew 6:31-33, it reads:

“In all your ways acknowledge him, and he will make straight your paths.” Later in Proverbs 3:9-10 it reads, “Honor the Lord with your wealth and with the firstfruits of all your produce; then your barns will be filled with plenty, and your vats will be bursting with wine.” Giving God our best and our first will produce a life of clear direction and plenty.

Cain lost his bearing. He forgot who he was.

8 Now Cain said to his brother Abel, “Let’s go out to the field.” While they were in the field, Cain attacked his brother Abel and killed him. 9 Then the Lord said to Cain, “Where is your brother Abel?” “I don’t know,” he replied. “Am I my brother’s keeper?”

Abel offered God his first and his best. Cain offered God his leftovers. Rather than do right, Cain decided to kill his brother. Cain was not rejected; God offered him another chance. Again, Genesis 4:7 reads:

Cain did not choose to do right. God tells Cain that his ability to rule over his own sin is directly tied to his ability to do what is right. Why did Cain choose to kill Abel instead of learning to to right? I believe it has to do with identity.

but on Cain and his offering he did not look with favor. So Cain was very angry, and his face was downcast.

But unto Cain and to his offering he had not respect. And Cain was very wroth, and his countenance fell.

The word countenance comes from the French verb meaning “bearing or behavior.” The early sense was ‘bearing, demeanor,’ also ‘facial expression,’ hence ‘the face.’ Bearing is a noun meaning: “a person’s way of standing or moving”, “the way one behaves or conducts oneself”, “relation or relevance”, and “awareness of one’s position relative to one’s surroundings”. Cain lost his bearings. His way of moving, his conduct, his sense of his own relevance was lost. Synonyms of bearing are “direction, orientation, course, trajectory, path.” I think you get the point here. Cain lost himself because he was unable to sacrifice to God.

This loss of self is very clear when we read Cain’s response to God after he murdered Abel. In verse 9, it reads:

And the LORD said unto Cain, Where is Abel thy brother? And he said, I know not: Am I my brother’s keeper?

Am I? Abel was asking God if he was responsible for protecting Abel. But am I suggests that when Cain lost his bearings he lost all sense of his identity.  Whereas Abel means breath, Cain’s name means spear. It comes from the Hebrew קַיִן qayin (kah’-yin) “a lance (as striking fast):—spear.” Also, the word keeper used in this verse is the Hebrew שָׁמַר shâmar, (shaw-mar) which means “to hedge about (as with thorns), i.e. guard; generally, to protect, attend to, observe, preserve, regard, watchman.”  Breath is a symbol of the spirit and a spear is a symbol of protection. The spirit is the presence of life. When God told Cain that he had to master sin, he was referring to those things that lead to death. Cain chose instead to kill his own brother with the strength he should have used to protect him.

Walking with God means submitting to his will. Jesus told us about discipleship in Mark 8:34-36. It reads:

34 And when he had called the people unto him with his disciples also, he said unto them, Whosoever will come after me, let him deny himself, and take up his cross, and follow me. 35 For whosoever will save his life shall lose it; but whosoever shall lose his life for my sake and the gospel’s, the same shall save it. 36 For what shall it profit a man, if he shall gain the whole world, and lose his own soul?

Jesus asked a very good question at the end of that passage in Mark 8:36, saying, “For what shall it profit a man, if he shall gain the whole world, and lose his own soul?” What did it profit Cain? What did Cain gain from all of this?

Cain, taking for himself first and giving to God last, lost his own soul. He thought he was gaining an advantage by keeping the firstfruits that belonged to God. But, in his self-seeking and pride, he lost his bearings and forgot who he was: a spear. He was supposed to be his own brother’s protector and guard. To his own brother, because of his own self-seeking, he became the exact opposite of what he was created to be: he killed him. Therefore, our refusal to do God’s will will cause us to lose our bearings. When we fail to put God in his proper place, we will no longer live for the purpose according to which we were made. Rather, we will live for ourselves and lose even the things that we worked for. Just as it is written in 2 Kings 17:15:

They rejected his decrees and the covenant he had made with their ancestors and the statutes he had warned them to keep. They followed worthless idols and themselves became worthless. They imitated the nations around them although the LORD had ordered them, “Do not do as they do.”

Cain – in not seeking first to please God – filled up on the fruits of the ground and, in chasing worthless things he became worthless himself. He destroyed his own brother, lost favor with God, lived under a curse, and failed to achieve the purpose for which he was born. He used his spear to attack those he was sent to protect.